Full-time journalist from 1981 to 1985. Reporting, writing and sub-editing for South African newspapers.

From 1988 to 2002 reporting and writing for the international media, including 14 years with The Associated Press.

Freelance editing and proofreading 1985 to 1986 and from 2002 to 2006 for the Cape Times, ebooks&writers.com, Jacana publishers and The Associated Press.

Freelance writing for Tribute Magazine, the Belfast Telegraph, Scotland on Sunday and The Age. From 2006 to 2019 research, writing and editing for the Nelson Mandela Foundation.

Co-editor (with Sello Hatang) – Nelson Mandela By Himself: The Authorised Book of Quotations (Pan Macmillan, Johannesburg 2011).

Co-editor (with Claude Colart) – Something to Write Home About: Reflections from the Heart of History (Jacana, Johannesburg, 2004). 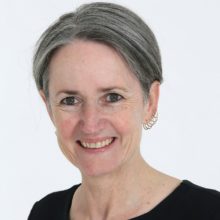 Lovingly crafted by Design for Writers